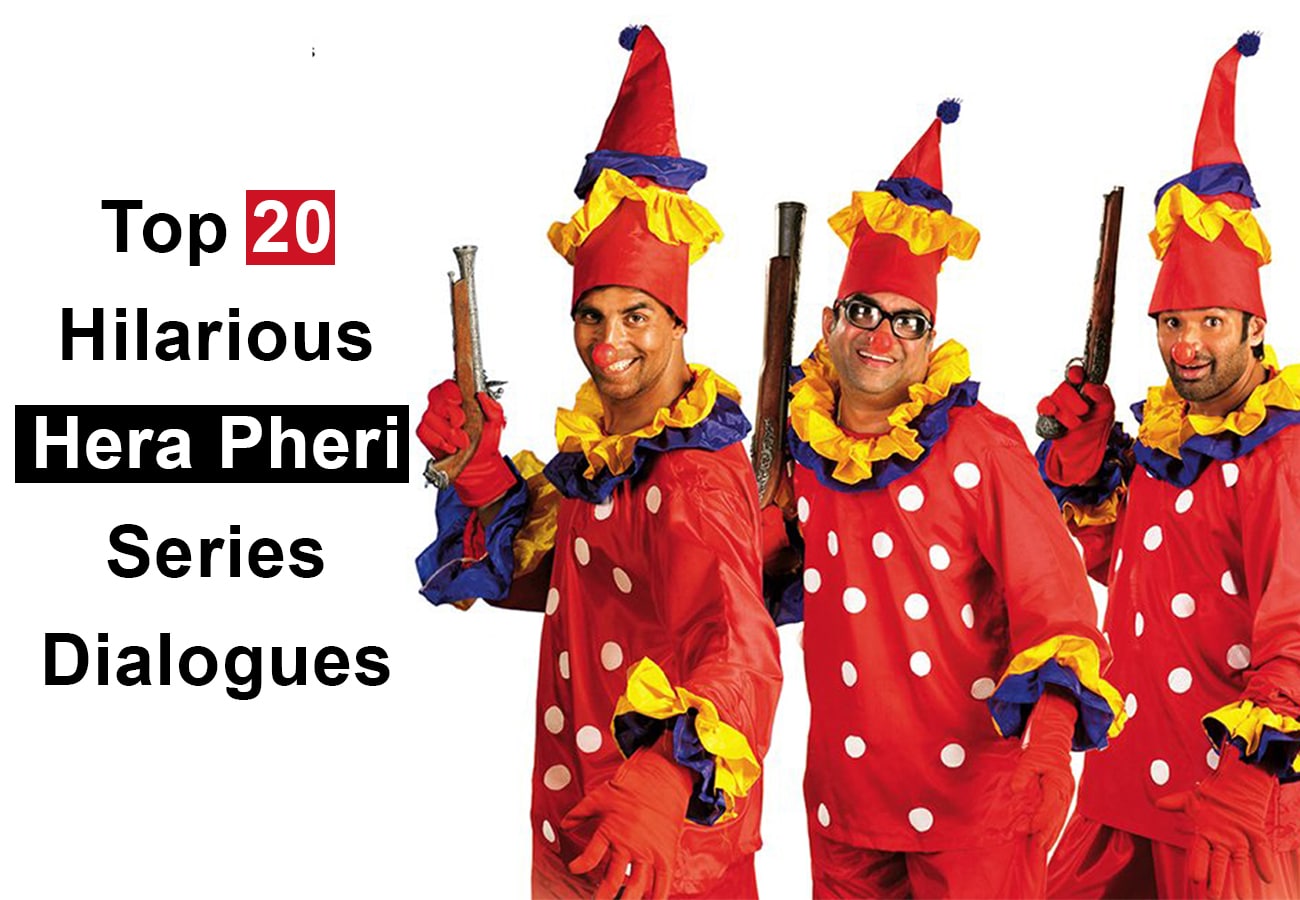 Top 20 Hera Pheri Series Dialogues That Will Make You LOL

Hera Pheri franchise has defined childhood for both 90s kids and 20s kids. This comedic drama series, directed by Priyadarshan, stars Akshay Kumar, Sunil Shetty, and Paresh Rawal is one of the best funny movies. Let us present you the top 20 dialogues of Hera Pheri series.

Hera Pheri, one of the most famous Bollywood comedy and cult favorites of all time, was released precisely 20 years ago. This film follows Baburao Ganpatrao Apte, also known as Babu Bhaiya (Paresh Rawal), and his tenants Raju (Akshay Kumar) and Shyam (Sunil Shetty) as they try to make some quick cash. Hera Pheri’s performances, narrative, huge comedy sequences, and funny Hera Pheri dialogues all combine to produce a film that fans adore and want to see again and again. This movie still wins the hearts of every Indian by making them smile each time they watch this movie.

Every youngster from the 1990s will agree with me that this film was fantastic. Is it possible to imagine your existence without a meme? This film has inspired some amazing memes and a series of WhatsApp jokes. We never grow tired of seeing the Hera Pheri series since it was so well created. There were a lot of humorous conversations in this film.

Today, the series has progressed to the point where no other film in the series is as amusing as this one. So, without further ado, here are some of the finest Hera Pheri dialogues that will make you nostalgic for the past.

The film is suitable for the entire family to watch. You can’t stop giggling throughout the entire movie, no matter how many times you see it. In this post, you can find all of the hilarious dialogues from Phir Hera Pheri. Have fun with it!

Top 10 Garba Songs That Will Automatically Make You Dance

Top 20 Dialogues of Kota Factory That Hit Us Real Hard