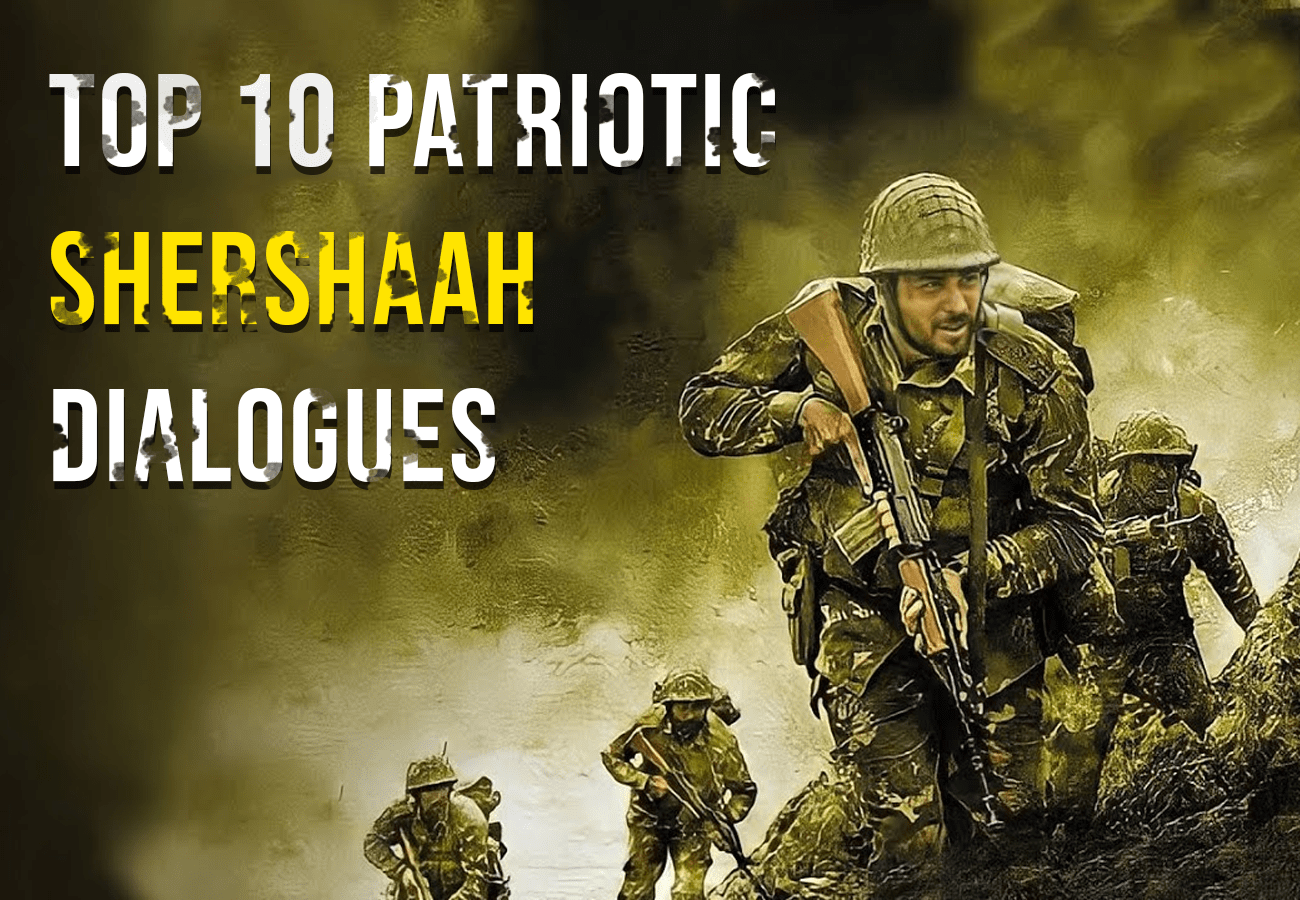 Top 10 Insightful Shershaah Dialogues That Will Make You Feel Patriotic

This film will bring to memory the Kargil War. Sher Shah had given his life to capture the crucial peak position 4875 during the Kargil battle. Vikram Batra was nicknamed Shershah by the other members of the squad because of his courage. Check out these 10 heroic Shershaah movie dialogues from Captain Vikram Batra’s movie ‘Shershaah.’

Captain Vikram Batra’s biopic “Shershaah” has made an indelible effect on the Indian public. The film, which stars Sidharth Malhotra, debuted on Amazon Prime Video on August 12th. Dharma Productions’ movie makes you feel melancholy while also filling your soul with enthusiasm.

‘Shershaah’ is the outcome of five years of hard effort and analysis. The filmmakers made a conscious effort to keep the picture as near to the truth as possible while avoiding the use of fiction. Captain Vikram Batra, the recipient of the Param Vik Chakra honor, made a number of strong comments that were utilized as dialogue in the film.

The following are ten heroic Shershaah dialogues from the film

Top 10 Garba Songs That Will Automatically Make You Dance

Top 20 Dialogues of Kota Factory That Hit Us Real Hard

Top 20 Hera Pheri Series Dialogues That Will Make You LOL