Home » Bollywood » 10 Most Action-packed KGF Dialogues You Must See 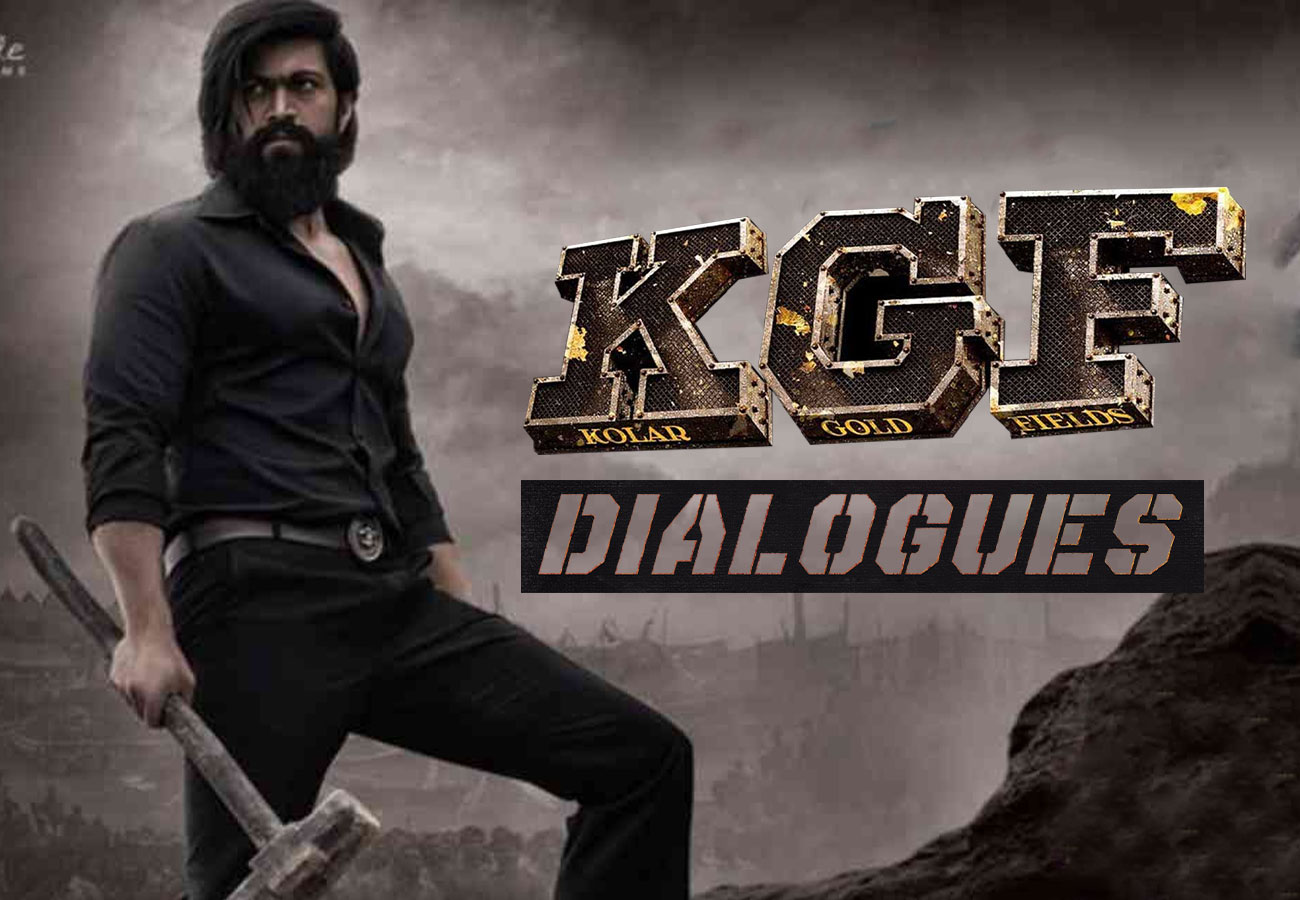 KGF movie franchise is one of the most successful and powerful Kannada movies of all time. We bring you the most thrilling KGF dialogues. Scroll further to find your favorite!

The KGF sequel, KGF 2, is a film that portrays the KGF story in a sequential manner (Kolar Gold Fields). KGF Chapter 2 is a 2022 Indian Kanada Language Periodic Drama film portraying Yash, Sanjay Dutt, Srinidhi Shetty, Raveena Tandon, and Prakash Raj. It’s a follow-up to KGF, which came out in 2018. K.G.F: Chapter 1, a 2018 Indian Kannada-language period action film produced by Vijay Kiragandur under the brand Hombale Films, was written and directed by Prashanth Neel. It is the first of two cinematic series, with K.G.F: Chapter 2 being the second. As a result of the power punch KGF dialogues, we’ve compiled a list of 10 KGF dialogues that are worth watching again.

KGF was one of the most popular Kannada films in recent years, and it was also well appreciated by Hindi Bollywood viewers. Furthermore, KGF talks were well-received by the public and quickly established a trend on social media platforms such as Instagram and Twitter.

Take a look at the most badass KGF dialogues: