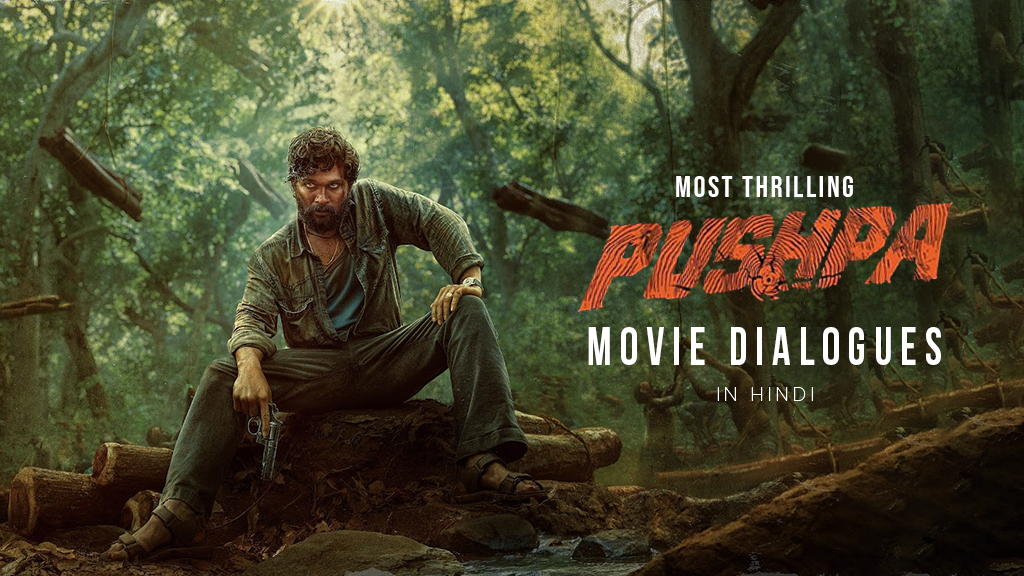 Find 6 of the most motivating and energizing exchanges and statements from the film Pushpa here.

Sukumar’s Pushpa: The Rise – Part 1 is a 2021 Indian Telugu film he wrote and directed. Allu Arjun plays the main role, Rashmika Mandanna, and Fahadh Faasil also played a crucial role in this blockbuster movie. The film recounts the emergence of a coolie in the smuggling syndicate of red sanders, a rare wood that grows exclusively in the Seshachalam Hills in Andhra Pradesh state, in the first of two cinematic portions. The pushpa dialogues is filled with an amazing action sequence and a worthy Hindi voice-over of Pushpa by Shreyas Talpade. Pushpa Movie dialogues are a major attraction. But before going to the dialogues, let’s know more about this action-packed movie.

The Story Behind Pushpa

Pushpa Raj works as a labor in the underground red sandalwood market in Tirupati’s residual woods. Coolie’s drive to view his life as a coolie and conquer the globe is fueled by his lack of a household name, to say the least. While waiting at his office, Kondareddy joins hands with Mangalam Srinu and Dakshayini. Pushpa, on the other hand, confronts Mangalam Sreenu, who has harmed him. In such conditions, Bhanwar Singh Shekhawat, the district’s police superintendent, arrived in the area. Bhanwar Singh plots to keep Pushpa’s wedding to Srivalli from taking place in his village.

But how did Pushpa achieve his life’s ambition of reaching the pinnacle? What was Pushpa’s strategy for dealing with Mangalam Sreenu, who challenged him? He explained how he convinced Srivalli to marry him. In this narrative, what role does MP Bhumireddy Siddappa Naidu play? The plot of the film Pushpa answers the question of what made Sukumar so fascinating in the second half of the film.

We hope you enjoyed the Pushpa Movie Dialogues. Don’t forget to leave a comment below with your favorite dialogue from the above dialogues that you loved the most.

You might also enjoy the following motivating quotes and dialogues: