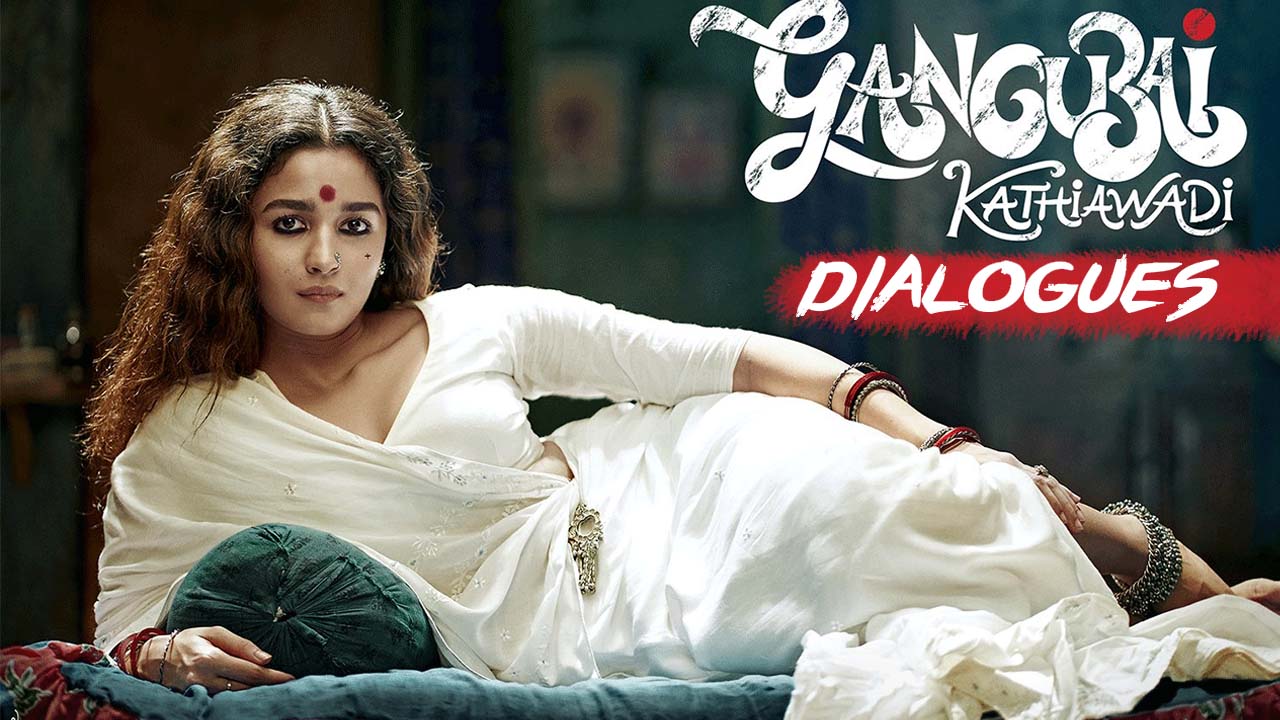 Gangubai Kathiawadi starring Alia Bhatt was a powerhouse of emotions, strength and made us see the challenges faced by the sex workers. With her absolutely outstanding performance, Gangubai Kathiawadi dialogues have struck a chord with everyone.

If you are looking for Gangubai Kathiawadi Dialogues you should know that the movie is  inspired by a true story. Also based on the novel ‘Mafia Queens of Mumbai’ by Hussain Zaidi, the fearless character of the powerful Gangubai Kathtiawadi AKA Ganga Harjeevandas portrayed by Alia Bhatt is unmatched. The movie reflects  the harsh-hitting reality and bitter-true emotions defining the lives of sex workers, which have surely touched the hearts of many. The real-life story depicts how Gangubai was sold by her husband into prostitution at the age of 16 for just 500 rupees. Later on, the same Gangubai becomes the head of the brothel in Kamathipura in the 1960s

Gangubai Kathiawadi dialogues not only draws out the hardship of a sex worker but also their emotions that has been silenced by the society. If you have seen the movie the pain that courses through her eyes along with ironic play of the word. “Aapki izzat ek baar gayi toh gayi, hum toh roz raat ko izzat bechti hain, saali khatam hi nahi hoti.” – top Gangubai dialogues that reflects the pain along with hard-hitting acceptance in her and the comparison that is often drawn by the society.

Whether it’s a big screen or a small screen, whenever a scene with Gangubai Kathiawadi dialogues emerges it will surely make you have goosebumps. We hope you like it. Tell us further which is your favorite Gangubai dialogues in hindi.