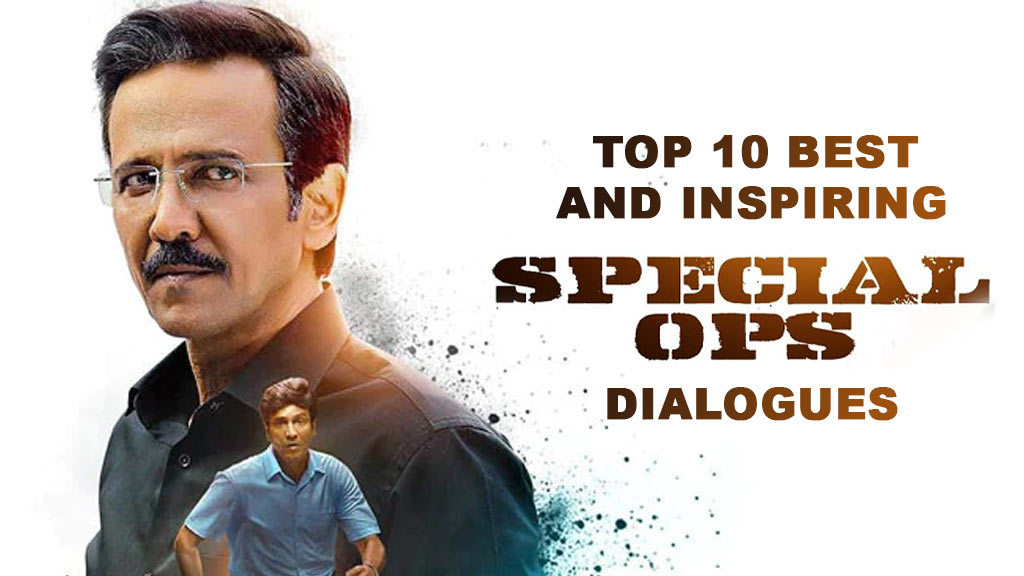 Here are some of the most inspiring phrases and dialogues from Special Ops seasons 1 and 2 that will make you want to watch the series even more.

The prequel of Special Ops has been launched by Disney+Hotstar. Kay Kay Menon plays the lead in the series, which follows the huge success of the spy thriller Special Ops series. With Special Ops 1.5: The Himmat Story, filmmaker Neeraj Pandey seeks to expand the Special Ops world by telling the history of Kay Kay’s character. The tale revolves around how Himmat Singh got to be Himmat Singh. The series depicts the fascinating tale of Himmat Singh, an intrepid R&AW agent. Special Ops dialogues had captivated the public in the previous season, and with the sequel, fans would be led back to the beginning.

The story of the Special Ops 1.5 series is running on the POV (point of view) of the sub-inspector, Abbas Sheikh. He is telling the story of Himmat Singh’s past to the two board members. This includes each phase of his life. From his mission to how he lost his best friend, Vijay Kumar during the fight with terrorists. To know more about this action-packed show, we suggest you go and watch it. If we talk about cast then Aftab Shivdasani, Gautami Kapoor, Vinay Pathak, Parmeet Sethi, Aishwarya Sushmita, Maria Ryaboshapka, Shiv Jyoti Rajput, Vijay Vikram Singh, and Santanu Ghatak are playing the important role in this show. While Kay Kay Menon reprises his role as Himmat Singh.

“Ask No Questions. Hear No Lies.”

“That Doesn’t Hurt. It Hurts When The Country Suffers Because Of Politics.”

“The Less Competent Should Not Judge The More Competent.”

“Meri Maut Bankar Aaye Ho, Atleast You Can Tell Me Your Name”

“What About Being A Soldier Without Donning The Uniform.”