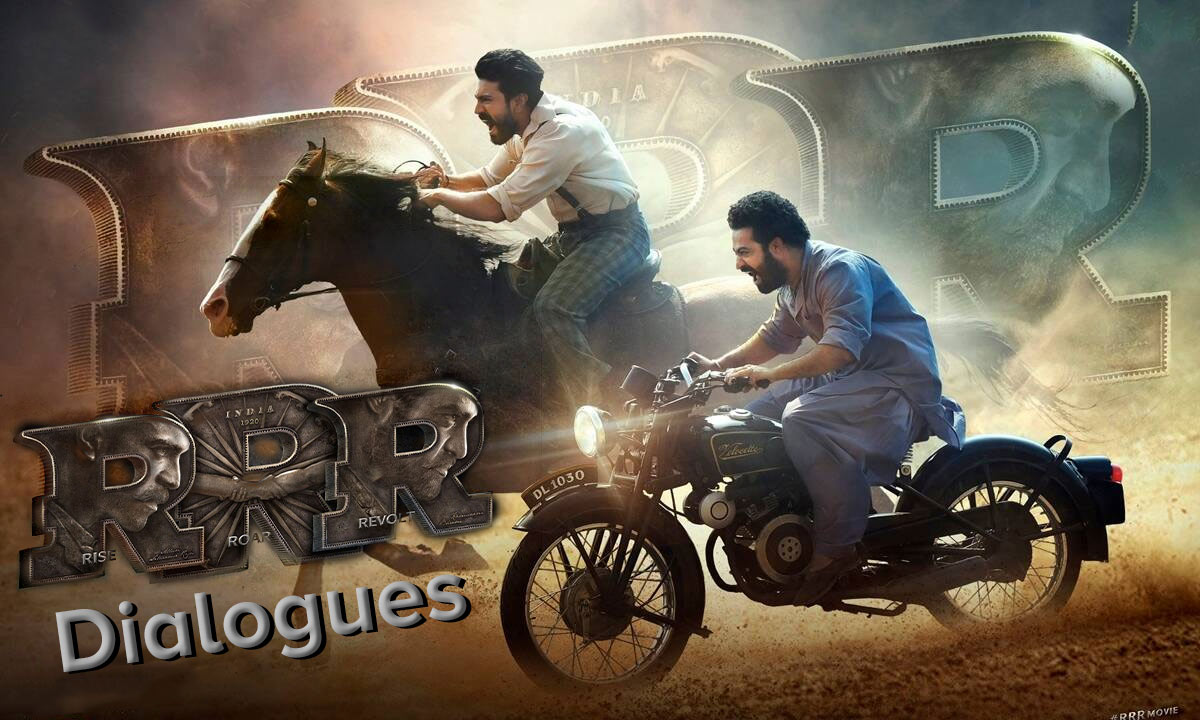 RRR Dialogues: Most Powerful And Thrilling Dialogues By Ramcharan & NTR

Movie’s casting is perfect. It’s like an ideal combination of ‘Fire and Water’ where “Fire” is none other then Ramcharan whereas “Water” is the calm NTR. Rajamouli has seemingly left no stone unturned to make RRR an international film in terms of scale and scope. It looks like the cinematic event to kickstart the new year. Even the RRR dialogues are breathtaking. Let us present some of the best dialogues of RRR movie.